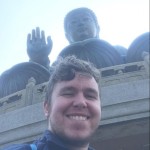 Few Spanish cities can claim as diverse a history as Sevilla. Fabled to have been founded by Hercules, Sevilla is a mix of Moorish, Castilian, and Spanish history all rolled into one. Fortunately for the aspiring traveler, such a mix has made Sevilla an absolutely fascinating destination, full of vibrant flamenco dancing, tantalizing tapas, and world class architecture.

Most Interesting Things To Do In Sevilla

Whatever your interests, it’s likely that Sevilla has something for you. No matter what you like, however, your first stop should be the inspiring Real Alcazar. This royal Spanish palace is a masterpiece of Moorish architecture, but features elements of other past cultures as well. Fountains, gardens, and corridors allow you to step into a completely different world. While there are plenty of other attractions in the city, don’t let them keep you from taking all the time you need here. You won’t regret it.

Once you’re ready to move on, head over to the Plaza de Espana in Maria Luisa Park. This monument is as gorgeous as it is immense, and that’s just in the pictures. Seeing it in person only adds to your appreciation. After seeing the monument, take the time to enjoy the park as well. The entire area has a flair that only Spanish architecture can provide.

Done with historic buildings for the day? Then head over to one of the city’s tablaos to see brilliant flamenco dancing accompanied by live music. You can attend tablaos year round, and many of them include food and/or alcoholic beverages. As such, these showcases are a fantastic way to spend any afternoon or evening in the city.

Andalusia is one of Spain’s most fascinating regions, and has plenty to see if you’re keen to venture beyond the city limits. While cities like Barcelona remain a bit out of reach, others such as Cordoba, Granada, and even Tangier (in Morocco) are easily accessible. Each city provides a new culture to explore, and all of them have their own charms.

If you’re looking to get away from cities entirely, however, fear not. Smaller, less touristy towns and hiking areas are well within range of Sevilla, and you can visit them as often as you like. These towns include the Pueblos Blancos, a picturesque string of towns noted for their white buildings and majestic cliffs. Ronda, in particular, is noted for its bullfighting history as well as its vivid scenery.

In terms of natural areas, consider visiting Donana National Park, as well as El Caminito del Rey. The former features great scenery and wildlife, while the latter features awe-inspiring hiking trails that need to be seen to be believed. Note that El Caminito del Rey is not a place to visit if you have a fear of heights.

Eating out in Sevilla

Dining in Sevilla is special, as not only do you get to experience fine food, you get to experience the city at the same time. Tapas, one of Spain’s signature foods, are particularly popular in the region, and many have made a game out of trying tapas at different restaurants around town. Given that “tapas” literally means “small plates”, this is a game that can go on for quite a long time!

Some of the best tapas restaurants are scattered throughout the city, but each is worth visiting on its own or in succession. Eslava is an award-winning tapas bar with a number of unique offerings, including egg yolk over mushroom truffle cake. Another contender, El Rinconcillo, is the oldest tapas bar in the city and offers a host of classics. As with many tapas restaurants, your price point depends on how many dishes you order for the table, meaning these restaurants can be as cheap or expensive as you wish.

Outside of tapas, Sevilla still has plenty to offer, with everything from churros to sandwiches to fresh seafood, all at decent price points. Be sure to explore, and find the palette that works for you.

Where to stay in Sevilla

Not every city allows you to stay in beautiful mansions in between adventures, but then, Sevilla isn’t most cities. Some of the most popular high end hotels in the city are practically palaces, and include places such as the Casa del Poeta and the Corral Del Rey. A similar if less grandiose experience can be had at several mid-range boutique hotels, such as Casa Romana and Hotel Sacristía de Santa Ana; both are well worth their cheaper price points, especially for fans of history.

Toulouse | Southern France at its Finest
7 months ago

Cardiff | Gateway to Wales
10 months ago

Glasgow City Guide
10 months ago
We use cookies to ensure that we give you the best experience on our website. If you continue to use this site we will assume that you agree with it.AgreePrivacy policy